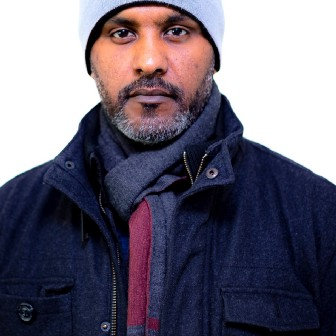 How Useful Is The Digital Divide Concept In Today’s World?

Information technology has offered us many advantages such as greater and more precise access to information, greater connectivity between people, cost reduction in the labor sector, etc. However, digitization isn’t happening at the same pace worldwide. The imbalance that exists due to this uneven pace has been labeled the digital divide.

Does The Digital Divide Exist Today?

The digital divide isn’t just a hypothetical concept; it’s quite real, affecting 52 % of women and 42 % of men worldwide. This gap becomes even wider when we talk about certain regions; according to the latest data acquired from Internet World Stats, only 39.3 % of adults in Africa had internet access than a staggering 94.6 % of Americans 87.2 % of Europeans adults. This data depicts the digital divide between certain countries, even though 3G and 4G networks are widely in use, and 5G is being rolled out.

Here, it's important to understand that access to the internet and digital literacy (the ability to determine and distinguish what's real and what's fake online) are interconnected. Each is required for an individual to acquire the needed skills to benefit from and understand the latest technological advances in the economic, educational, and social sectors.

What Causes The Digital Divide?

According to Solen Feyissa and Angelica Pazurek, initially, it was thought that the digital divide was caused by underdevelopment and was a temporary phenomenon. The assumption was that it would disappear with technological advancement and the popularization of such advances. However, things weren’t how they seemed. Today, the divide still exists despite the wide-scale sales of electronic and cellular devices made to access the internet. There are many reasons for it, like the extremely high prices of the mentioned cellular devices, lack of knowledge, and expertise to use such devices. There is also inadequate infrastructure for their timely access. Let’s review these issues individually to get a better understanding of what causes the digital divide.

This typically refers to the possibilities of users, and people having access to this resource. The division in access is the main barrier that highlights the socio-economic differences within a country's population and between countries. Since digitization requires hefty investment and a mega infrastructure; underdeveloped and developing nations fall behind because they lack such resources.

This means the lack of digital skills impedes use of the latest technology. Data gathered by International Technological University (ITU), California, shows that more than half of the elderly citizens from almost 40 countries don’t know how to attach a file to an email.

Learning digital skills isn’t enough; it's important to apply the knowledge and get the most out of it.The digital divide is very real and has hampered the economic structures of many underdeveloped companies. It has also created a considerable gap in the field of education.